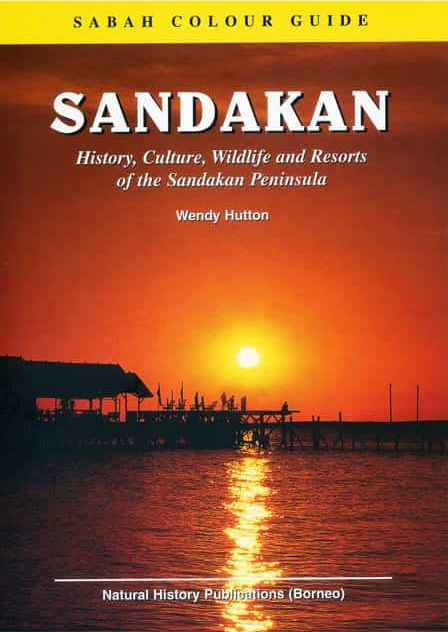 Sandakan is one of those places whose names have a magical ring, promising all kinds of exotic surprises. The commercial centre of the large northeast district bearing the same name, Sandakan not only has an intriguing past but is the gateway to the rich wildlife of Sabah. Within less than a couple of hours of the town lies an incredible variety, both on land and in the ocean, including a forest reserve where orangutan are helped to re-adjust to life in the wild; islands where endangered marine turtles come ashore to lay their eggs; limestone caves where a rare delicacy, birds’ nest, have been gathered for centuries, an island paradise in the Sulu Sea offering exciting scuba diving and Malaysia’s largest freshwater swamp forest or wetlands, along the Kinabatangan river, which is teeming with wildlife.

This guide focusses on Sandakan town nd the nearby Sepilok area, famed for its Orangutan Rehabilitation Centre, as well as Labuk Bay, where it is possible to view Borneo’s unique proboscis monkey in swamp setting. It also includes the resort island of Lankayan, north of Sandakan and part of the Sugud Islands Marine Conservation Area. (Separate guides in this series cover the Turtle Islands and the Kinabatangan, including Gomantong Caves.)

Sandakan town is located near the mouth of the huge, deep Sandakan Bay, the best natural harbour in all of Borneo. To the west of the town, and spreading right down to the bay, lies the Sepilok-Kabili Forest Reserve, where the renowned Orangutan Rehabilitation Centre is located. Most of the land friging Sandakan Bay and Labuk Bay, to the northwest, is covered with dense mangrove forests.